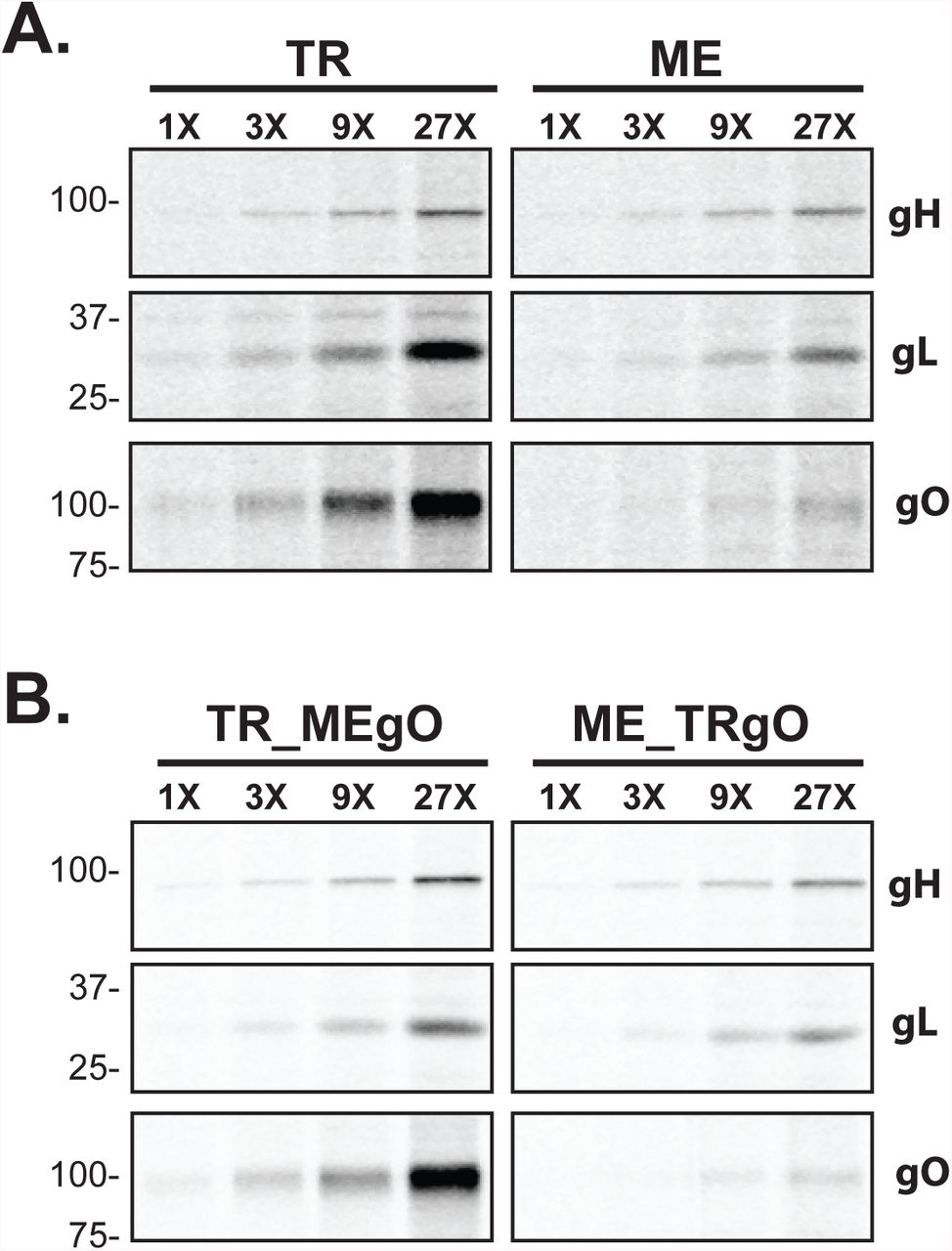 
Importantly, these effects were induced without drop in KAP1 levels or loss of surface expression of the CD34 stem cell marker Figure 6—figure supplement 2A,B. Data are presented as average of three different experiments performed with cells from independent donors. See Figure 6—figure supplements 5, 6 for all individual experiments. Monocytes were purified from the peripheral blood of seropositive individuals and exposed to three doses at days 0, 3 and 5 of chloroquine, alone or in combination with Torin-1 or KU Figure 7. ATM activation did not trigger the differentiation of the monocytes into dendritic cells or macrophages, as verified by measuring the cell surface expression of CD1a, CD14, CD80 and CD86 Figure 7—figure supplement 1.

However, it induced the intracellular accumulation of HCMV DNA and the release of infectious viral particles from these monocyte populations. Furthermore, Ku but not Torin-1 prevented the stimulating effect of chloroquine, as noted in HSC. B Supernatant from the monocytes, harvested after 7 days of treatment and the viral production was quantified by classical plaque assay on MRC-5 fibroblasts. See Figure 7—figure supplement 2 for all individual experiments. These data demonstrate that inducing KAP1 phosphorylation results in releasing HCMV from its latent state by relieving repressive marks on the viral chromatin.

With chloroquine alone, significant induction of cell-associated viral transcripts approx. Importantly, this dual treatment did not trigger the differentiation of the HSC Figure 8—figure supplement 1. See Figure 8—figure supplements 2, 3 for all individual experiments. We provide another important clue to the understanding of HCMV biology by revealing that the virus exits latency when KAP1 becomes phosphorylated on serine , which blocks its ability to recruit SETDB1 hence abrogates its co-repressor potential.

There are remarkable analogies but also interesting differences between our results and recent data implicating KAP1 in the control of KSHV latency Chang et al. Furthermore, upon induction of a lytic cycle by overexpression of the Rta viral transactivator, KAP1 dissociated from the viral genome, resulting in loss of HP1 and H3K9me3.

Here, while we find that a KAP1 phosphorylation switch can also force HCMV out of latency, we demonstrate that, with this virus, the phosphorylated form of the master repressor remains associated with actively transcribed viral genomes. This results in phosphorylating notably the eukaryotic initiation factor 4E eIF4E -binding protein 4E-BP1 and the p70S6 kinase S6K , which enhances viral protein translation and more generally minimizes cellular stress responses Clippinger et al. Here, we identify KAP1 as another substrate of this cascade, by observing that i the co-repressor is phosphorylated on serine in cells productively infected with HCMV; ii this process is inhibited by the mTOR inhibitors rapamycin and Torin1; and iii mTOR targets the viral chromatin at KAP1-bearing genomic sites during a lytic cycle.

Nevertheless, our data also point to the role of viral factors in targeting this process. Second, KAP1 conserved its ability to repress a chromosomal target in cells where its HCMV silencing activity was abrogated by phosphorylation. Such spatial compartmentalization would not be unprecedented, as site-specific KAP1 phosphorylation is also observed in case of DNA damage White et al. Latency is a dominant, cell type- and differentiation stage-specific mechanism Saffert et al. This warrants investigations aimed at elucidating this aspect, and at determining whether, when and, if so, downstream of what pathway mTOR becomes activated and KAP1 phosphorylated during the differentiation of HSC towards macrophages or activated DCs, the cells in which HCMV transcription becomes fully productive.

Our data have important clinical implications.

First, it was recently noted that transplant recipients placed on immunosuppressive regimens that included rapamycin were less likely to suffer serious CMV-related complications than patients for whom this drug was omitted Andrassy et al. The present work indicates that this beneficial effect might stem at least in part from a prevention of viral reactivation. This warrants further studies to assess the positive impact of this and other mTOR inhibitors on the control of HCMV infection, whether after transplantation or in other settings. Of note, a recent study demonstrated that rapamycin did not prevent HCMV reactivation from latently infected dendritic cells in vitro Glover et al.

However, the ex vivo treatment of HCMV-positive transplants, for instance bone marrow or HSC purified therefrom, could be readily envisioned to purge latently infected cells prior to engraftment, notably in the high-risk setting of HCMV-negative recipients. When necessary, samples were obtained following informed consent of the participants. Production and titration of lentiviral vectors was performed as previously described Barde et al. The resulting regions were ranked according to their signal.

The signal follows a normal distribution tested with Shapiro—Wilk normality test thus we considered as enriched regions the extreme right part of the distribution. MRC-5 were cultured directly on coverslips. RNA was extracted by Trizol and reverse transcribed with Superscript II both from Invitrogen according to the manufacturer's instructions.

Primers used in this work were designed by Primer Express software Applied Biosystems and their sequences are available on Supplementary file 2. Cells were washed two times with cold PBS and centrifuged. After centrifugation, supernatant was kept as soluble part cytoplasm and pellet were lysed with TNEN Total amount of protein was quantified by BCA assay. An edited version of the letter sent to the authors after peer review is shown, indicating the substantive concerns or comments; minor concerns are not usually shown.

Reviewers have the opportunity to discuss the decision before the letter is sent see review process. Similarly, the author response typically shows only responses to the major concerns raised by the reviewers. Your article has been favorably evaluated by Tadatsugu Taniguchi Senior editor , a guest Reviewing editor, and two additional reviewers.

The Reviewing editor and the other reviewers discussed their comments before we reached this decision, and the Reviewing editor has assembled the following comments to help you prepare a revised submission. The manuscript by Rauwel et al. This is an interesting paper which presents data which goes some way to identifying at least one of the mechanisms by which the viral MIEP might be repressed during latent infection of myeloid cells with HCMV. However, in some cases the data could be presented more clearly, proper controls should be used and the data should be analysed in more depth.

Panel A and B analyse permissiveness of cells for infection KAP1 is knocked-down, then cells are infected with HCMV ; panel D analyses reactivation cells are infected with HCMV, left to go latent and then KAP1 is knocked-down ; it is unclear from the information in the figure legend how the cells were treated in panel C but my reading of the text suggests that panel C represents virus production from cells which were knocked-down for KAP1 prior to infection. A key question then is whether cells that are reactivated from latency HCMV infection, then subsequent KAP1 knock-down actually produce virus in this model.


This is important, as delivery genome in the context of virions with pp71 tegument activator etc. I am uncertain why the authors have reverted to using permissive fibroblasts for these analyses. This reinforces the reason why some of the analyses in fibroblasts shown in Figures 4 and 5 should be carried out in differentiated myeloid cells. The premise is very interesting.

The Trono group have performed some fascinating work looking to dissect the role of this protein in the context of endogenous retroviruses but in, this instance, the data does not convince. A more minor issue is that the use of data in lytic data from infected MRC5 proves confusing and reduces the clarity of the report whereas data in the supplementary pertaining to latent cells should be in the main text to support the authors conclusions.

This, to me, needs to be explored. Why aren't HP1 etc. How does KAP1 effect these functions? This seems pivotal for understanding the role of KAP1.


Again the AD data really argues against KAP1 binding being important for controlling latency since KAP1 is recruited to this genome perfectly well but does not provide the same level of control as it apparently does in TBE. But they never compare it to DCs directly they just make inference even DCs given these additional treatments. This would be very interesting and provide a more complete set of data. In summary, the link between KAP1, heterochromatic control of viral latency and the activation of mTOR pathways is all correlative.

I think there has, at least, to be some appreciation that whilst pharmacological modulators of KAP1 could trigger reactivation the data does not state it is the activity of those inhibitors towards KAP1 which is mediating the effect. One would presume ATM promotes phosphorylation of a number of cellular proteins but that does not mean they are all involved in HCMV reactivation. If the premise of the paper was chloroquinone and ATM trigger HCMV reactivation and we aim to identify a mechanism it would be more compelling.

This is an interesting paper, with many intriguing findings covering a great breadth of phenomena that control HCMV latency and reactivation. However, while there is evidence for each claim, the evidence is often minimal and without sufficient controls to rule out alternative explanations. Some of the experimental data especially the imaging data is lacking critical controls and quantification. Without deeper analysis of each of the many conclusions, the manuscript appears superficial and the conclusions are not strongly justified.

How many total reads, how many reads mapped back to the CMV genome. Also, the peak calling algorithm is not entirely clear. What is the quality of the ChIP-Seq on cellular genome this should be relatively simple to provide and will serve as quality control for the ChIP-Seq experiment. It is also not clear what stage of infection is presented for each virus, and how typical this is of CMV infection. If it is recruited to the replication compartments, than it must be recruited very late in the process after early gene transcription. A mutation like S A can be assayed for its ability to block KAP phosphorylation and viral reactivation.

The effects of these inhibitors on KAP pS needs to be assessed by Western blot during normal infection and reactivation induced by chloroquine. The Figure 1 legend was complemented, we effectively forgot to mention that panel C represents virus production from cells depleted for KAP1 prior to infection and that it completes results exhibited in panel B.

We had chosen the MRC-5 model to provide a clear comparison between latency and full-blown viral replication. We performed the IF studies in fibroblast because these cells are far more amenable to this type of analysis than mDCs due both to their higher rates of infection and to their adherent status. The Discussion was modified to include a sentence on the recently published Glover et al.